Is It All in the Game? Gamification in Higher Education 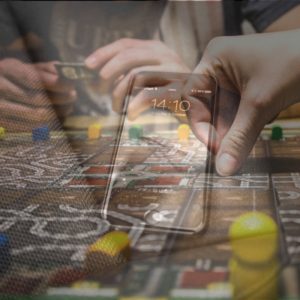 The concept of gamification is not a new one. In the 1890’s, loyalty stamps rewarded people for sticking with a particular brand, and in the early 1980’s, hotels and airlines brought in their own loyalty programs. Nevertheless, the term itself did not appear until the start of this millennium, when Nick Pelling coined the term to promote using a game-like user interface for electronic devices such as vending machines.

But what do we mean by gamification and what is its relevance for higher education?

Gamification is the art of using game mechanics in a non-game environment in order to enhance or change behavior. The theory is that gamification increases motivation, engagement, and enjoyment in completing tasks, whether by awarding digital stickers and certificates for reaching a particular goal or by reaching out to other “players” who may otherwise not be involved when crowdsourcing a piece of research.

In higher education, gamification has been used sparingly, for the most part. Some educators have turned their classrooms into gaming environments, giving students “missions” instead of assignments, allowing them to “level up” as they progress through grade points, and generally using a flexible approach to student learning.

This has some obvious advantages — it has the potential to increase engagement with students using terminology and concepts that they have positive associations with. Students receive rapid feedback on their progress as well as immediate positive reinforcement, something that is familiar to them as video games and apps have become mainstream.

One particular example which has received backing from a number of influencers is the Khan Academy, which uses gamification concepts such as visualization of progression through skill trees and quick rewards encouraging progress through levels. Eric Bruenner further explores the use of gamification by the Khan Academy here.

Gamification can also provide an environment that encourages students to take risks, explore the road not taken, and think outside of the box. In an age where students are becoming increasingly risk adverse and strategic in their learning, such opportunities are few and far between. But in the context of a “game,” this risk can be mitigated or indeed encouraged. By using game mechanics students can be encouraged to play with possibilities rather than guess at the one “correct” answer.

Gamification can also be used to motivate the disaffected. For example, of the over 1 billion gamers worldwide, the largest demographic group is 15-24 year-old males, a section of society that has traditional been less engaged with study. Perhaps by embracing the concept of gaming, student engagement in this demographic can increase.

Motivation and engagement can be increased with rewards and recognition, allowing students to see the positive effect on their grades more quickly and build confidence, as well as encouraging healthy competition between the “players.”

There has been concern, however, that because not everyone learns in the same way, some students could be left behind or feel uncomfortable being competitive with their peers. But as the concept of gamification evolves and artificial intelligence becomes more mainstream, the process could begin to learn how to interact with the user to make the most of their interaction, depending on their comfort with competition. In addition, many gamification systems have less competitive options which show progress and award “prizes” rather than pitting players against each other.

Another concern is that gamification could be seen as trivializing important issues, which is something that educators need to bear in mind when structuring their courses.

The jury is still out on if and how gamification will really take off in higher education, but it seems that there are some places that it could be useful both within a classroom environment and outside it.

Pairing gamification concepts with personal mobile devices opens up even greater opportunities — such as translating the phenomenon of a game like Pokemon Go to a campus scavenger hunt or an Open Day adventure trail using mobile phones, personalized push notifications and iBeacons. Students can be encouraged to interact more with their environment than ever before — whether physical or intellectual — and have fun while doing so.

If you’re interested in finding out more about how to use gamification to further learning, take a look at the Higher Education Academy’s starter kit on gamification and game-based learning.

The post Is It All in the Game? Gamification in Higher Education appeared first on Ex Libris Initiatives.