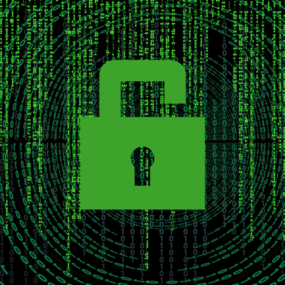 The impact of open access publications is of growing interest to academic libraries and higher education in general. That’s why we recently decided to look to Singapore, Africa and Europe for some insights. A broader hot button issue, primarily in the United States, is “net neutrality.” Does it pose a risk for academia? A recent conference on education asked that very question. These two technology-driven issues are just two of many that are bound to shape the library of 2018. Steven Bell provides us with five other trends to watch. But after all of that reading about the future, we took some time to look at the ancient past with a librarian who made a literary splash.

Can you be a librarian without being an open access advocate?

Aaron Tay, Library Analytics Manager at Singapore Management University, says he is “worried academic librarianship might be one of the losers” in the transition to more open access in the world of libraries. On the other hand, he says it’s an inevitability. Read Tay’s take on open access >>>

While in some places there is a discussion of the costs and benefits of open access scholarship, the African Academy of Sciences (AAS) in Nairobi has staked out a clear position. The AAS recently announced that it will launch an open access publishing platform in 2018. What will this entail and how will it impact research across the African continent? Read here to find out >>>

Can open access publishing “save” the monograph, which has seen a severe drop in popularity in the last 20 years? Verena Weigert and Graham Stone take an empirical look at the issue in eight European countries. See what they discovered >>>

EDUCAUSE, a “higher education technology association,” tackled the issue of “net neutrality” at its most recent annual conference. Three lecturers made the case that “open access to ideas and information is such a key principle of colleges and academic libraries” that further regulation of internet service is necessary. Agree? Disagree? Before you answer, read this >>>

Steven Bell, of the Library Journal’s “From the Bell Tower” fame, gives us an almost-year’s-end run down of what he sees as the leading trends in higher education that will impact academic librarians going forward. Spoiler alert: One of them is “librarians emerging as campus leaders for multiple movements that will change higher education.” Find out how >>>

This librarian loves ancient manuscripts and wants you to love them, too

Alongside future tech, libraries are halls of the ancient texts of civilization. To make these texts come alive to a lay reader, the curator at the Parker Library in Cambridge, Christopher de Hamel, wrote a book entitled Meetings With Remarkable Manuscripts. Michael Drida of the Washington Post writes, “You’ll love learning from it.” Read the book review here >>>